This past spring, the lives of our members were drastically changed when COVID hit. One of our UT members, who now serves as secretary, shares with us how she used her time to spread the Good News of Jesus to others. Here is what she had to say:

I led an in-person weekly Bible study with some of my friends for one year during Fall 2018-Spring 2019. It started with me just grabbing coffee with them and sharing the Gospel. Then I realized that more people were interested than I expected, so we started a Bible study. Later on, two other believers joined as leaders, and we had about 15 people at each meeting. We took Fall 2019 off because of time conflicts and we wanted to change some of the structures, and when we came back spring, COVID hit. So instead of regular meetings and going through a book of the Bible, we decided to do just an Easter series for three weeks.

We had about 10 that participated in at least one of the Bible studies, and some that are in different time zones watched recordings after the meetings.

On week one, we covered who Jesus is, why he had to die, and the death of Jesus. On week two, we went through the resurrection. And on week three we talked about what it means to us that Jesus died for us and came back to life.

I've known this girl for two years now, and she was part of our original in-person Bible study. We've all known her as a believer since she was so passionate about Jesus and knows so much about Jesus. On the last week of our series, we had a discussion of why Christians do baptism and we asked all the believers to share their stories and their reasons. It was really a surprise when she told us that she never got baptized even though she decided to follow Jesus many years ago. She shared that part of the reason was that her whole family is non-believers, she feels like if she publicly declares her faith, she is announcing that her family is going to Hell. And she also mentioned the judgment that exists in Chinese culture that even though most people don't discriminate or persecute people with religion, publicly declaring faith is a different story. The other two leaders and I shared our stories of how our families were also not in favor of the idea of us getting baptized, and we told her that she's not alone in this. Two other boys who were non-believers also shared that they had the same confusion as they know so much about Jesus, but they just can't take that one step in their faith. We also had the discussion of whether "good people" go to Hell, and since nobody can answer that except for God, we landed on he is a good Father that cares about us. We just need to trust him and know that he is a just God. We ended with prayers and when I asked if anyone wants to take that step of faith and follow Jesus, she raised her hand. So after the meeting, we've been talking to her and praying for her. I think the biggest change for her is not that she just all of a sudden her doubts are gone, but that she knows that she and God have a personal relationship and she trusts that her answers will be answered and she is in good hands. And knowing that, she told us that she has decided to publicly declare her faith through baptism.

The biggest inspiration for me was that people needed this Bible study. When we took a semester off, all three of the leaders had doubts about whether we should still continue. We were upset about the fact that fewer people were showing up towards the end, and that nothing big has changed after one year. However, it was really encouraging to see even more people were willing to become a part of this and a lot of the members from the original Bible study have grown a lot spiritually during the semester off. It really has reminded me of the reason God has called me to start this Bible study in the first place. When I look back on all the reasons we stoped the Bible study, unfortunately, how much time I served God and his people was one of the reasons. The involvement in Phi lamb and other Christian organizations drew my attention away because they were more "rewarding", knowing that I am serving my brothers and sisters in Christ is appealing, but I forgot how important it was to make more disciples. But this Easter series has reminded me of the heart I had for my campus when I first walked in. It was the first Monday of my freshman year at 9 am, I was crossing Guadalupe street to heading to class. And when the walk sign turned on, more than 50 students of all racial backgrounds were walking towards campus and with the morning sun shining on their faces of excitement for the new semester, that was the most beautiful scene I've ever seen. And at that moment God said to me, wouldn't it be great if we were all walking towards the Kingdom of Heaven? That's the moment when I knew he was calling me to outreach and make more believers for his Kingdom.

We are so thankful for you, Christen, and your heart for the Kingdom! 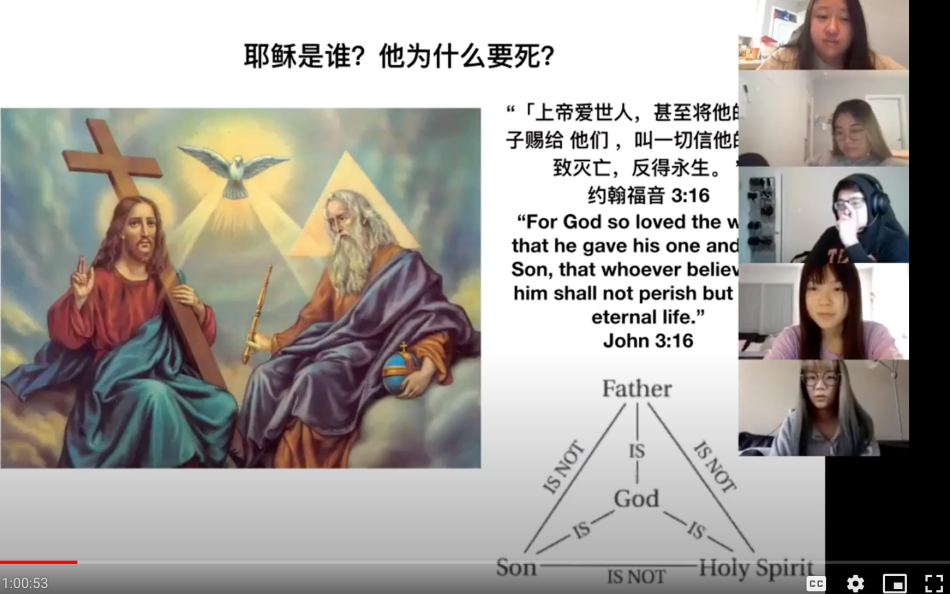 Follow our blog to see what's happening in Phi Lamb. Here you'll get to hear from a variety of bloggers about the cool things that God is doing through the ministry of Phi Lamb all over the nation. We hope you'll check in from time to time, read about what's going on, and continue to pray for His work through Phi Lamb.